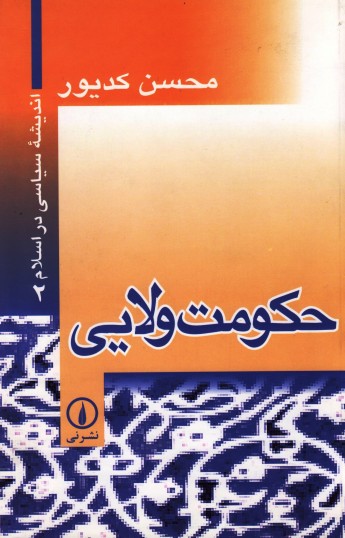 Velayat is a key concept within the second stage of the development of Shiite political thought after the 12th Imam Mahdi. This notion was raised again after the Islamic Republic was established and has since grown increasingly. Velayat is one of the four bases of the official state theory of appointed and absolute velayateh faqih and the other three views are based on direct divine legitimacy (theocracy). Velayat is a sort of relationship between the sovereign and the people. Velayat-Based State aims at expounding the various hypothetical and verified dimensions of this sort of state and velayateh faqih based on firsthand authentic sources through an analytical-critical approach.

The first section of the book reviews the hypothetical principles of velayat. The writer first explains the lexical meaning of the word and next he provides an in-depth description of the three kinds of velayat, ie mystical, theological, and the one based on fiqh. He then explores the roots of velayat in the Koran and tradition and concludes that velayat in the eyes of velayat-based state is synonymous with sharia velayat which, in turn, is prioritizing, appointing, invading, and the general issues. The bases and tools of velayat may be achieved through comparing different kinds of sharia velayat. In velayat­-based states, the legislator is sacred, equitable faqihs are the guardians, the masses are ruled by the faqihs, and the domain of velayat is the general affairs of the society in which inequality has been established since faqihs enjoy jurisprudent capability and advantage in political administration while the public do not have majority in all social, political, and general issues especially in the large-scale policymaking of the society. They require guardianship in this sense and have no role in appointing and dismissing the valiyeh faqih and have no role in his velayat. The ultimate criterion for decision-making within the public domain is the view of valiyeh faqih since he is the guardian of the people and not their attorney. Hence, he is not obliged to observe the people’s will in the administration of the society just as an attorney does in relation with his client. Any kind of intervention on the side of the people is legitimate only when the valiyeh faqih has already given his approval or that he will subsequently give his endorsement. The legitimacy of all public institutions arises from their appointment by the valiyeh faqih in two procedures: one in which that the officials of public institutions would be appointed by the valiyeh faqih and the other that the ultimate screening of the representatives of the valiyeh faqih in all public institutions would be the precondition for those institutions’ legitimacy. The major Islamic duty of the people towards the valiyeh faqih would be observing and heeding his orders. Velayateh fagih is compelled upon the people and not selected by them; it is lifelong and not transient or periodic. This velayat encompasses all the Moslems of the world and is not confined to geographic borders. Velayateh faqih is not a contract in which certain conditions would necessarily oblige it within the constitution. All people’s issues within the public domain are subject to the faqihs’ jurisprudent velayat. Valiyeh faqih is appointed by God and therefore not selectable by people and his velayat is of a sacred nature.

The writer continues by discussing how and when the concept of velayat entered the public domain of the society and concludes that the Islamic Republic as introduced by Imam Khomeini and Ayatollah Motahari to the people who voted positively for it in the referendum of April 1979 was a state based upon Islamic regulations and the vote of the majority of the citizens, a republic like other republics around the globe. The role of the Islamic ulama would be to monitor the laws and the clergy would guide and direct the state. During the Islamic uprising which led to the Revolution of ’79, Imam Khomeini not even once mentioned velayateh faqih in his speeches about the Islamic Republic. Thus, velayateh faqih was not among the principles of the Islamic Republic and the people’s demands until late 1979.

The last chapter of the first section discusses the relationship between velayat and republicanism aiming for a response to the fundamental question regarding the compatibility of velayateh faqih and the Islamic Republic. The writer names the inherent properties of velayat and republicanism and finds 10 points of conflict between the two. First, all people are considered equal within the public domain in a republic. Second, all citizens enjoy majority and rights within the public domain in a republic. Third, the head of a republic is people’s attorney. Fourth, people elect the head of a republic. Fifth, the term of office for statespersons in a republic is transient and periodical. Sixth, the head of the republic is accountable to the people and subject to their supervision. Seventh, the authorities of the head of the republic are within the context of law and nobody is above the law. Eighth, being a faqih is not a prerequisite for the administration of the society in a republic. Ninth, a republic is a treaty or contract between the citizens and the head of the republic. Tenth, the collective wisdom of the citizens is the basis for the administration of the society and the head of the state is obliged to adapt himself/herself with the views of his/her clients, ie the citizens. A velayat­-based state, on the contrary, is opposed to all the aforementioned ten criteria of a republic. These two models of state in actual practice, therefore, are more than simply incompatible; they are conflicting. There should either be real faith in absolute velayateh faqih appointed by God or true acceptance of electing the head of the state as the attorney and representative of the people. Combining these two models would necessarily lead to distortion of certain principles and fundaments within either velayateh faqih or republicanism. The writer reviews the three solutions put forward for combining a velayat-based state with a republic.

The second section of Velayat-Based State discusses the jurisprudent reasons underlying velayateh faqih. To begin with, the writer emphasizes that velayateh faqih is not an indispensable necessity of the Shiite faith; it is within the minor domain of this faith and to prove its validity, one would have to resort to the traditional four resources of fiqh, ie the Koran, tradition, unanimity, and reason. The writer reviews all major reasons within the four resources and concludes that appointed and absolute velayateh faqih is not validated by the tradition and sayings of Prophet Mohammed and the 12 Shiite Imams. Furthermore, it has no Koranic documentation; it is not achievable through unanimity, and lacks substantial rational reasoning. Hence, he maintains that the jurisprudent velayat of a faqih is not based on reason or sayings of the Prophet and Imams. Public domain, consequently, remains beyond the realm of velayat, that is, faqihs do not have jurisprudent velayat on people.

The writer concludes the introduction by dedicating his “humble” book to the one whose greatest lesson for all was his esteem and purity, whose major legacy was the Islamic Republic, and who considered criticism as a divine blessing, the one and only Imam Khomeini, the teacher of the writer’s teachers. Velayat-Based State has been subject to much controversy since its publication in Raheh No Weekly in 1997.

Its Arabic translation was published by in Beirut in 2015.