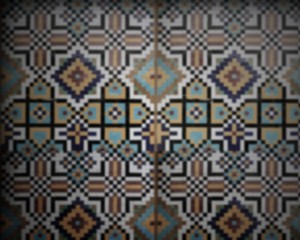 The university’s chief spokesman, Vice President for Public Affairs and Government Relations Michael Schoenfeld, said Duke officials “are in contact” with them.

So far, its advice to them has been to “avoid all international travel for the immediate future,” Duke’s president and provost, Richard Brodhead and Sally Kornbluth, confirmed via a statement issued on Sunday.

That paralleled the instructions the UNC system gave its 17 campus on Sunday, telling them to “advise their students and employees who are nationals of the countries identified in [Trump’s order] to refrain from traveling outside the country.”

UNC Chapel Hill, through a statement from Chancellor Carol Folt, put a somewhat different twist on that guidance.

Folt noted that “universities across the country” are counseling people affected “to not travel outside of the” U.S., but stopped short of saying UNC Chapel Hill is joining them.

Instead, it’s “advising students, faculty and staff who may be affected by [Trump’s order] to consult an immigration attorney prior to travel outside the United States.”

UNC Chapel Hill’s new communications director, Joanne Peters, said officials “don’t have a number at this time” on hw many of their people are affected. She added that they’re “still trying to determine the impact of the executive action on campus.”

N.C. Central University’s interim chancellor, Johnson Akinleye, issued a statement on Monday saying the Durham institution’s leaders “strongly recommend” that students and employees who are nationals of the seven countries “refrain from traveling outside the country” while the situation plays out.

NCCU’s chief spokeswoman, Ayana Hernandez, said campus officials are “not aware of any students or employees who are currently experiencing issues with accessing U.S. borders” because of the ban.

Trump’s order targeted people from Iran, Iraq, Syria, Libya, Somalia, Sudan and Yemen and barred them from entering the U.S. for 90 days.

Signed late Friday, it triggered chaos at the nation’s international airports, including refusals to re-admit even green-card holders from those countries who by definition had previous legal authorization to live here.

White House officials later walked back the restrictions on green-card holders, but insisted the clampdown was a success. Trump himself Tweeted that the move’s point is “searching for terrorists” and “bad ‘dudes.’”

Through Schoenfeld, Duke didn’t identify any of its people who were affected, but a prominent Duke religious studies professor, Iranian dissident exile Mohsen Kadivar, spoke up to the campus newspaper.

He’s away on a fellowship in Berlin, stuck there for the duration, and had to have his wife, a fellow Iranian national, cancel plans to join him in the German capital.

Alluding to Trump, Morgan said the continuing uncertainty comes because “no one knows if the guy will start Tweeting in the middle of the night and it might change.”

Morgan added that Kadivar, a permanent member of the Duke faculty since summer 2015 and a visiting professor before that starting in 2009, is “probably one of the leading authorities” in the world on Iran and Islam.

Kadivar “trained entirely within the legal and theological establishment in Iran at its most prestigious level,” but became an opponent of the Iranian regime on the grounds its turn toward theocracy is “a misinterpretation of Islamic theological tradition,” the chairman said.

His stance landed him in an Iranian prison late in the 1990s, and by 2011 had prompted authorities in that country to fire him from his academic posts and ban his writings. Essentially, he’s “persona non grata” in Iran, “obligated to leave the nation and can’t go back,” Morgan said.

Now, the irony is that Iranian authorities “would love to put him in jail and our own president would love to keep him in Berlin,” Morgan said. “It’s ridiculous.”

Kadivar is on an invited fellowship with the Wissenschaftskolleg zu Berlin, a “science colleges” think tank funded by among others the German government. He’s working there on what he terms “a critical analysis” of the Iranian regime, and “a prescriptive guideline for moderate Islamic theology, ethics and politics.” He intends to publish it via the UNC Press.

At Duke, he’s taught courses on Islamic history, philosophy and legal traditions, post-revolution Iranian politics and the intersections of Islam and science.

“If Trump had any sense, he’d be championing this guy, not victimizing him,” Morgan said. “It’s remarkable.”