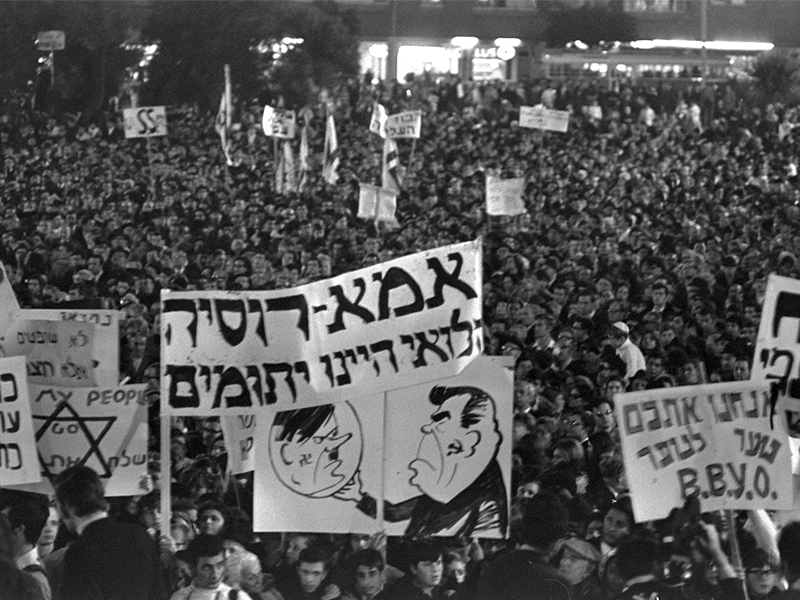 What we can learn from the refuseniks of the Soviet Union

(RNS) In spring 1981 I spent several weeks visiting refuseniks — Jews who wanted to leave the Soviet Union for Israel but were refused state permission to emigrate.

When I entered the country, the news magazines I brought with me were confiscated, and I was followed by the KGB and twice interrogated by them.  I saw from the people I visited what it is like to live in terror, though I was always reassured that as an American, I would soon return to a country where I did not have to fear similar repression.

My guide in Moscow was Yuli Edelstein, who was expelled from his university due to his religion and later sentenced to three years of hard labor in Siberia. He was finally allowed to emigrate in 1987, and since 2013 has served as the speaker of the Israeli Knesset (parliament).

Many pundits believe the unrelenting sit-ins and protests on behalf of Soviet Jewry made a difference not only in the release of several million Jews, but also in the fall of the Iron Curtain.

I find myself thinking about the refuseniks now, as an example of the power of activism.

The Jews I visited yearned so desperately for American political values — values upholding the human dignity and fundamental freedoms that indeed made America great. And now I see our country turning away from many of our most fundamental democratic values. President Trump’s executive order on immigration is only the most recent, worrying example of this sad turn.

The president’s orders have left one of my Duke University colleagues, Mohsen Kadivar, stranded in Berlin. Kadivar is a former Iranian dissident who was jailed and then expelled from Iran. He is now in Germany on a research grant, and cannot come home.

His wife and children, now in the U.S., are afraid to visit him lest they will be unable to return. How absurd is it that someone jailed for resisting the ayatollahs, who has spearheaded progressive Islam, is concerned that he may not be able to travel home to the U.S. due to his religion and birthplace?

The refuseniks faced severe government repression: They were expelled from universities, beaten up and jailed on trumped-up charges; they lost their jobs and were sent away from their families to distant labor camps. I am not yet worried that such measures will become commonplace here, in part because of the large number of Americans who are deeply bothered by the administration’s behavior and have decided to make their voices heard day after day, night after night.

Protest is all about deciding. We each do it in our own ways – by writing, by donating money, by calling and emailing our elected representatives, and by supporting organizations that share our values. Thus, when I was asked to join a group of 100 American religious leaders and scholars of religion who are sending a letter a day to the key members of the executive and legislative branches of the government, I immediately said “yes.”

It is a great honor to be included among this group, which calls itself American Values Religious Voices and which reflects the religious and ethnic diversity that has been vital to our country’s greatness. As a professor of Hebrew Bible, I understand the power of biblical texts. I have seen, to paraphrase Jeremiah, their ability to build constructively, as well as their ability to destroy and to hurt.

In this climate, the most significant parts of the Bible are being overlooked: The basic biblical value of the human dignity of each individual is being trampled, and the fundamental compassion due to the stranger is being ignored. In this poisonous atmosphere, I felt that I must show how some biblical texts can be fundamentally constructive, and can bring us together.

I have recently woken up in the middle of the night with very troubling thoughts. But two nights ago I woke up with the end of Zechariah 8:19 on my lips: “but you must love honesty and integrity.” I hope this may become a new mantra in a political atmosphere of “alternative facts,” where plagiarism by potential Cabinet officers is deemed irrelevant.

And early this morning, I woke up to the words “never again.” The words were the main slogan of the Soviet Jewry movement, urging us not to abandon an oppressed people, as we did during the European Holocaust in the 1940s. As I hear of refugees being turned away, these words suddenly have new resonance.

(Marc Zvi Brettler is Bernice and Morton Lerner Professor of Judaic Studies at Duke University, where he teaches Hebrew Bible/Old Testament in the Department of Religious Studies)