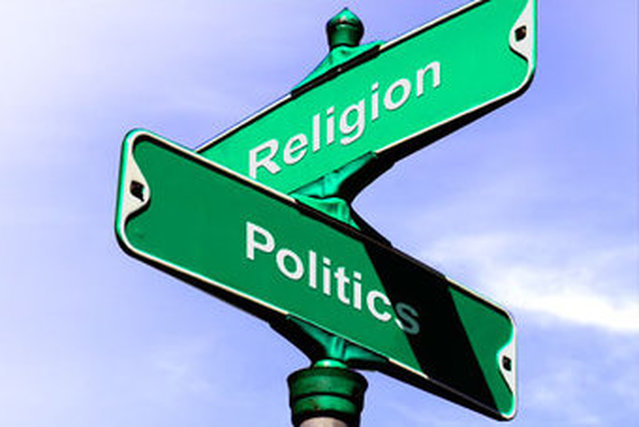 The experience of modernity in the Christian Europe was secular. Charles Taylor (2007) is among those philosophers who insist that although secularism emerged in response to the political problems of Western Christian society, it is applicable to non-Christian societies everywhere that have become modern. The first question arises when the non-Christians or non-Western societies want to apply secularization in the processes of their modernization: ‘what is the precise meaning of secularization? or what are its major connotations?’

Talal Asad – the well-known anthropologist – put his finger on an important point: “In my view, the secular is neither singular in origin nor stable in its historical identity, although it works through a series of particular oppositions… The “religious” and the “secular” are not essentially fixed categories.” (2003:25) If these two concepts historically were not stable and fixed, it means that it is not easy to claim universal meanings(s) for ‘religious’ in all traditions or ‘secular’ for different societies and cultures.

Although Jose Casanova the sociologist of religion agreed with Asad’s aforementioned point, he attempted to analyze the meaning(s) of secularization. According to him in Public Religions in the Modern World (1994), we should distinguish between three different connotations of secularization:

a) Secularization as the decline of religious beliefs and practices in modern societies;

b) Secularization as the privatization of religion;

c) Secularization as the differentiation of the secular spheres (state, economy, science), usually understood as “emancipation” from religious institutions and norms.

There is no doubt that all of these three connotations occurred at the beginning of modernization in Europe; Christian beliefs and practices declined, Christianity was privatized, and the European states, economies and sciences were separated from Christian institutions and norms. This trifold fact is undeniable.

Is there an intrinsic correlation between each one of these three connotations of secularization and modernization? Is non-secular modernization possible, without a decline in religious beliefs and practices, without privatization of religion, and even without separation of church and state? The answer would be negative, if we believe that modernization is a Euro-centric concept, and it is identical with westernization. In this case, it is obvious that modernization without secularization in all of its three connotations is impossible. In this approach, modernity is a singular pattern, and it is essentially western and secular (in all of its connotations).

But if we believe that there could be several ‘modernities’, and they could be characterized by different socio-political and economic-cultural situations on one hand, and different functions of world religions in specific conditions on the other hand; it is clear that based on this understanding, the answer of aforementioned question could be positive. There is no authentic argument or strong evidence that the modernization of Muslim societies in Southwest Asia, North Africa or Middle East in 21st century should be considered the same as the European experience in 19th century. I think that this approach is acceptable to the vast majority of Muslim reformists, and is supported by the most distinguished sociologists and anthropologists.

Peter Berger in his outstanding article ‘The De-secularization of the world: a global overview’ wrote: “The assumption that we live in a secularized world is false. The world today with some exceptions is as furiously religious as it ever was, and in some places more so than ever. This means that a whole body of literature by historians and social scientists loosely labeled “secularization theory” is essentially mistaken.” (1999:2) If secularization theory is simply introduced in this way that modernization necessarily leads to a decline of religion, both in society and in the minds of individuals, then the answer of Berger is “It is value free”. (Ibid, 3)

According to Berger, there are two exceptions to the de-secularization thesis; the first exception is Europe (especially western Europe), and “the second exception is an international subculture composed of people with Western-type higher education especially in humanities and social sciences that is indeed secularized … While its members are relatively thin on the ground, they are very influential as they control the institutions that provide “official” definitions of reality, notably the educational system, the media of mass communication, and the higher researches of the legal system.” (Ibid, 10) We should keep in our mind this elaborate and brave statement during our discussions.

The important book ofCasanova Public Religions in the Modern World precisely challenges the second connotation of secularization, i.e. “privatization of religion, often understood both as a general modern historical trend and as a normative condition, indeed as a precondition for modern liberal democratic politics”. According to Casanova, four events of 1979, including the Iranian Revolution “put into question one of the central premises of most theories of secularization, namely that religion was becoming an increasingly private and irrelevant phenomenon in the modern world” (2011: 28). I agree with him. All of the big religions of world, especially Islam (and Evangelical Christianity) were active in the public sphere recently. It is a big mistake to label all or the majority of these activities as ‘fundamentalism’.

After clarification of insufficiency and unnecessity of secularization for modernization, it is the time of arising the third big question: “The question is whether secularism is an end in itself, an ultimate value, or rather a means to some other end, be it democracy and equal citizenship or religious (that is normative) pluralism” (Casanova, 2009: 1062) the correct answer is: secularism (and even secularization) is not an end in itself, but it is a means to some other end. “Disestablishment becomes a necessary condition for democracy whenever an established religion claims monopoly over a state territory, impedes the free exercise of religion and undermines equal rights or equal access of all citizens.” (Ibid, 1063) or “The rules for protection from the tyranny of religious majorities should be the same democratic rules used to defend from the tyranny of any democratic majority. The protection of the rights of any minority, religious or secular, and equal universal access should be central normative principles of any liberal democratic system”. (Ibid, 2006: 21)

In response to Hans Joas’s stimulating collections of essays, Do We Need Religion? On the Experience of Self-Transcendence, Casanova changed the question to “which kind of religion do humans need?” (2011:31) I absolutely agree with such a question. It is the point that Asad highlighted it in another way: “Only to those religions that are able and willing to enter the public sphere for the purpose of ‘rational debate’ with opponents who are to be persuaded rather than coerced.” (2003:183) The Rawlsian idea as well as Habermasian one support this approach. But the problem is the dark lens of secularists: “The secularist concedes that religious beliefs and sentiments might be acceptable at a personal and private level, but insists that organized religion, being founded on authority and constraint, has always posed a danger to the freedom of the self as well as to the freedom of others.” (Asad, 2003:186) One of the outstanding questions could be ‘by whom are the categories of religion and the secular defined?’ It is obvious that this is not the monopoly of secularists!

I think that in Islamic teachings dichotomies of sacred- profane, transcendent-mundane, and religious-secular (in passive secularism, not assertive one) are dual characters of phenomena that could coexist without difficulty. So, there is no paradox to have them together. For example, the mosque-state differentiation, religious liberty,andreligious diversity are in harmony in modern Islamic framework. Of course, there are a few major obstacles in acceptance of these modern notions among conservative Muslims such as the prophetic state in Medina, law-based understanding of Shari’a, and formalistic understanding of the Islamic scripture. The first priority for Muslim reformists today is struggling against these obstacles.

——–.  2011. “From modernization to secularization to Globalization: An Anthropological Self-Reflection”, Georgetown University, Berkley Center for Religion, Peace and World Affairs.

Comparative Secularisms: Conceptions and Practices of Religious Liberty in the Public Sphere