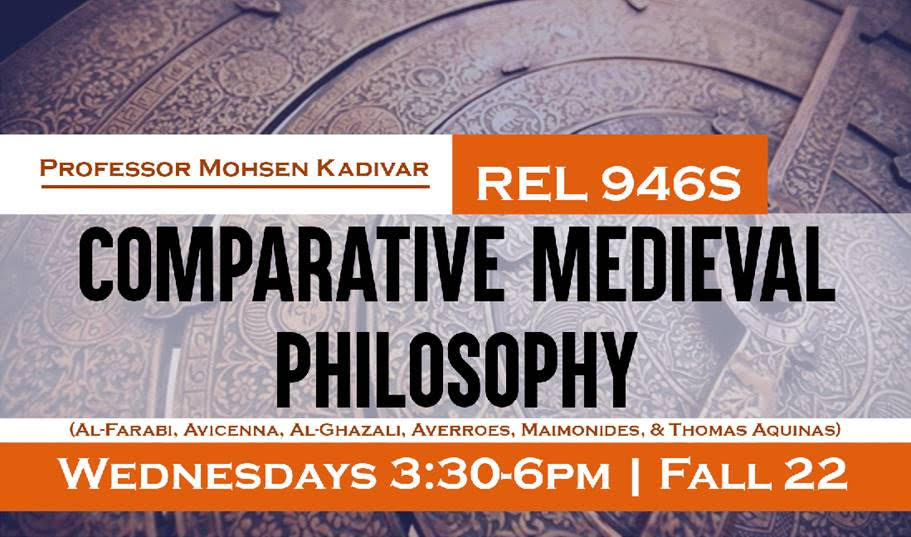 In the chain of philosophers of the medieval period, we have six top philosophers: Alfarabi (870-950), Avicenna (980-1037), al-Ghazali (1058-1111), Averroes (1126-1198), Maimonides (1138-1204), and Thomas Aquinas (1225-1274). Although the first four were Muslims, Maimonides was Jew and Aquinas was Christian, comparative study will teach us that they were in the same camp, using almost the same method, and usually reached the same result. It is obvious that each of them was under influence of his specific tradition too.

The course will start with general remarks on the translation movement from Arabic to Western languages, Islamic philosophy, Jewish philosophy, Christian philosophy, and the guidelines of metaphysic, ethics, and political philosophy in this period. The first part of the course offers two issues: first general information about these distinguished philosophers, their works, and their philosophical innovations; second reading the translation of a few of their major works. The second part offers comparative studies on three important subjects: God, creation, and freedom in three traditions, focusing on Avicenna, Averroes, Maimonides, and Aquinas in detail.