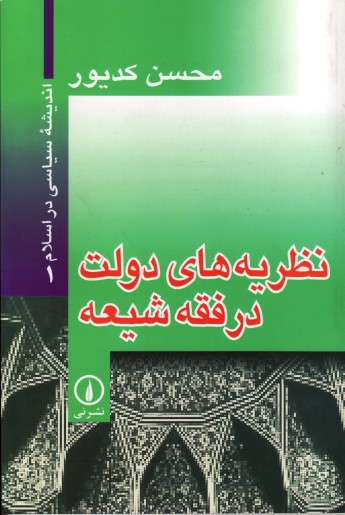 The Theories of State in Shiite Fiqh

Books / The Theories of State in Shiite Fiqh

Does political thought in Islam or political thought and Shiite fiqh call for a unified theory on state or can there be various theories based on authentic criteria of fiqh? This book sets out to seek an answer to this question and aims to establish the fact that numerous theories have been proposed by Shiite faqihs – especially in recent times – concerning state, ruling, and administering a society. The diversity of these theories proves that there is no one single theory of state that can be considered as the ultimate Islamic theory within fiqh the denial of which would guarantee punishment. Neither does there exist a theory which faqihs would unanimously adhere to. The prime objective of publishing the series of Political Thought in Islam is classifying and comparing theories on state in Shiite fiqh with one another, introducing presuppositions and presumptions, verifications and reasons, and, last but not least, the consequences and effects of every theory through adopting an analytical-critical approach based on original firsthand references and sources of Shiite fiqh.

The first book in this series begins by classifying the development of Shiite political fiqh into four stages. The first stage is the period of the flourishing of private fiqh, the second is that of monarchy and velayat, the third constitutional monarchy and supervision, and the fourth would be that of the Islamic Republic.

The next theme is the question of political legitimacy as the most fundamental topic within political thought. The issue of political legitimacy within religious thought is raised in response to the fundamental question that whether God has granted sovereignty of a people to a specific person or class of people or that He has granted the right to self-determination within the framework of the objectives of religion and regulations of sharia to all the umah? Two principles of political legitimacy may be derived from the responses made by the Shiite fiqhs to this question. The first would be “the basis of direct divine legitimacy” upon which the administration or, technically, velayat of the people of a society is within the hands of just faqihs and the vote, consent, and the will of the people has no effect on the legitimacy of the state. The second would be divine-democratic legitimacy based on which God has granted the political wisdom of the nation to themselves so that they could exercise the right of sovereignty within the context of religious regulations. Therefore, both the vote and the consent of the people have a role within the legitimacy of the state.

The writer has gathered nine theories of state in the literature and dichotomized them with respect to political legitimacy. These theories are (chronologically):

A. Theories of state based on direct divine legitimacy

B. Theories of state based on divine-democratic legitimacy

The writer briefly describes each view and concludes with this question: which of the above nine theories of state in Shiite fiqh is embodied in the Islamic Republic of Iran. He does not provide an answer to this question in this book.

The Theories of State in Shiite Fiqh was first written in the form of a paper published in Rahbord Quarterly in 1994 and then revised in the form of a series of papers published in Bahman Weekly in 1995 and has been subject to much extended debate ever since. The first edition was translated into Arabic and English in its early days.