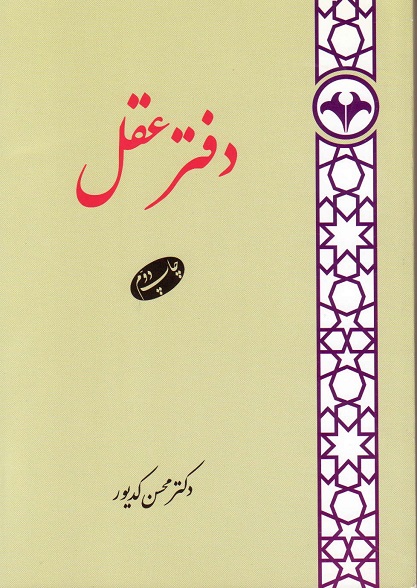 The Book of Reason

Books / The Book of Reason

The Book of Reason starts out with reviewing the essence of reason in the thoughts and ideas of Sheikh Mofid. This paper introduces the various aspects of Sheikh Mofid’s views in 12 themes introducing him as the main figure promoting Islamic thought in the 4th century Hejira (10th century AD). He not only struggled against Shiite irrationality while holding a broad and futuristic vision but also practically prevented the Shiite faith from falling deep into extremist rationality. Sheikh Mofid is prominent for his freedom of thought, wisdom, depth and vastness of his interpretations of the sayings of the Prophet and the Imams, emphasizing reason within Islamic thought, focusing on the need of human reason for divine revelation, broad familiarity with the views of his contemporary scholars, tolerance in dialogues and debates, promoting compromise between rationality and worship within Islamic thought, and courage in expressing his opinions.

Reason and Religion in the Eyes of Philosophers and Traditionalists (Aghl va deen az didgaheh mohades va hakim) is one of the most interesting and controversial papers in this collection. This paper reviews critically the views of two reputable scholars, Alameh Majlessi and Alameh Tabatabayi, within the text and peripheries of Beharolanvar stressing reason and religion. These two scholars represent two major trends in the context of Islamic thinking. Opposing the publication of Alameh Tabatabayi’s critique on Beharolanvar proves that the views of akhbarigari still linger on in our times. Kadivar analyzes Alameh Majlessi’s views on reason and religion with respect to 15 different themes: the role of reason, understanding the Holy Koran, the issue of altering the Koran, ijma (unanimity), tradition, hadeeth, the priority tradition to reason, criticizing philosophy, criticizing sufism, immaterial phonemona, forbidden thoughts, and interpretation of hadeeths. Meanwhile, the ideas of the great contemporary Islamic thinker Alameh Tabatabayi have been discussed with respect to 14 different themes: decisiveness of reason, the Koran as the prime source of Islamic thoughts, the Koran’s not having been altered at all, the role of hadeeths on Islamic thinking, hadeeth and religious studies, the different levels of the meaning of tradition, the conflict between reason and the sayings of the Prophet and the Imams, the role of philosophy in Islamic thinking, the role of mysticism in Islamic thinking, the issue of taqleed (following a mojtahid), and certain other delicate points. The writer then compares and contrasts the two views and makes his conclusions that according to the first perspective, reason has no applicability and credit whatsoever except for one case, that is, getting to know the infallible Imam. Once he is known, all that is left to do is acquire knowledge from him solely. This system of thinking is based on one theme. He considers the sayings to be the actual words of the Imam bearing no difference with one another. He argues that the Koran must be interpreted through the language of hadeeth so that it becomes comprehensible for all. The Imam’s infallibility is not to be taken synonymous with the sayings’ being free from errors and fallacies. One cannot hold suspicions and skepticism when it comes to one’s beliefs. The second perspective, on the contrary, maintains that reason is the innate reference and God, Prophet Mohammed, the Imams, and the Hereafter can all be proven through reason. Islam cannot reject reason and has never attempted to; on the contrary, it has always sealed its approval of reason. Alameh Tabatabayi views all general ideological knowledge as being based on reason and all that appears in the context of Islam in this regard is encouraging observance of reason. He further believes that there never exists the possibility of any conflict among the three categories of the superficialities of Islam, definite reason, and emotions; such conflicts have actually never come about in practice. In his eyes, the reference of authentic unified tradution is only limited to the domain of practical regulations and that the superficialities of Islam and decisiveness of reason are two readings of the same reality, the first being simple and comprehensible to all while the second is technical.

The Criterion of Critique within Reason (Ayareh naghd dar manzelateh aghl) critically analyzes the epistemological fundaments of Alameh Majlessi’s ideas and discusses in particular the lack of credibility of the perceptions of theoretical reason among traditionalist ulama (prominent Islamic scholars). The second section of the paper discusses the refinement of Islamic thinking. Islam has multiple dimensions. The perfection of Islamic knowledge is dependent upon the proportionate progress of the different components of Islam. The domination of one section of Islam on other sections would even lead that section astray giving an abnormal representation of Islam. Solely observing the superficialities of Islam and forgetting the supreme objectives and the essence of sharia are not any less detrimental than exclusivism of religion without reference to the superficialities of sharia. The judgment of the scholar in contexts beyond philosophy bears no credit. The faqih’s fatwa is also such beyond the domain of religious duty. Referring to the faqih’s fatwas in theological issues is identical to referring to the judgments of scholars and mystics in the regulations of fiqh. The decisiveness of unanimity is exclusive to regulations of fiqh. Once an theological issue becomes a reason, even the unanimity of all faqihs has no effect.

The Descriptive Bibliography of Illuminist Philosophy is one of the four descriptive bibliographies of The Book of Reason which became the selected paper of the Press Festival 1995.