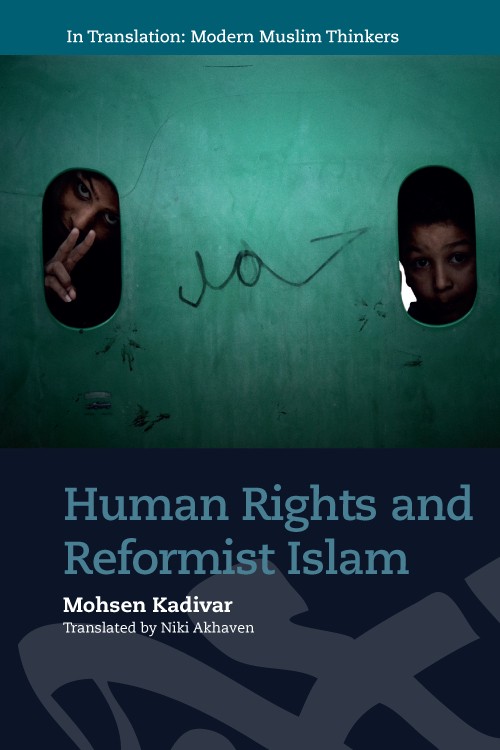 Translates the influential collection Haqq al-nas, which argues for the compatibility of human rights and Islam

Human Rights and Reformist Islam critiques traditional Islamic approaches to the question of compatibility between human rights and Islam, and argues instead for their reconciliation from the perspective of a reformist Islam. The book focuses on six controversial case studies: religious discrimination; gender discrimination; slavery; freedom of religion; punishment of apostasy; and arbitrary or harsh punishments.

Explaining the strengths of structural ijtihad, Mohsen Kadivar’s approach is based on the rational classification of Islamic teachings as temporal or permanent on the one hand, and four criteria of being Islamic on the other: reasonableness, justice, morality and efficiency. In the book, all of the verses and Hadith that are problematic in relation to human rights are abrogated rationally according to these criteria. The result is a powerful, solutions-based argument based on reformist Islam – providing a scholarly bridge between modernity and Islamic tradition in relation to human rights.

Foreword: Revising Shariʿa in the light of the Universal Declaration of Human Rights
Mirjam Künkler

Section I: The Bases for Discussions on Islam and Human Rights

1. From Traditional Islam to End-Oriented Islam

2. The Principles of Compatibility between Islam and Modernity

3. An Introduction to the Public and Private Debate in Islamic Culture

4. Imam Sajjad and the Rights of Mankind

6. Questions and Answers about Human Rights and Reformist Islam

8. The Freedom of Belief and Religion in Islam and Human Rights Documents

9. The Rights of the Political Opposition in an Islamic Society

11. Women’s Rights in the Hereafter (A Theological Reading of the Qurʾan)

12. The Issue of Slavery in Contemporary Islam

13. The Rights of Non-Muslims in Contemporary Islam