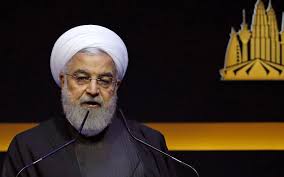 Your Excellency, the President of the Islamic Republic of Iran, Dr. Hassan Rouhani

We the undersigned, a group of university professors in North America, write you concerning the dire circumstances of a number of political prisoners in Iran. It is our hope that you would consider intervening on their behalf and arranging for their immediate hospitalization under the care of competent and expert physicians.

Much distressing news is emerging concerning the battle some of these political prisoners are waging against cancer. It is common knowledge that in such cases the patient must be diagnosed in a timely manner and put under the care of competent physicians.

According to reliable sources, political prisoners are routinely denied access to immediate medical care. Prison authorities seem to habitually delay or limit access of inmates to the prison hospital. Medical care providers who have attended to these seriously ill prisoners have lacked proper medical qualifications. They may even have violated their medical oaths. We call upon you to order an immediate investigation of the medical files of the political prisoners named in this letter to ascertain the veracity of our charges.

Many of these political prisoners who are battling cancer are not allowed to visit outside hospitals specializing in oncology. The conditions of prisons add to the stress that cannot help but worsen their ailments. Prisoners who are serving their sentences often come under pressure to collaborate with the security forces as spies or to appear on national television and confess to crimes they have not committed.

Meanwhile, the entire prison is flooded in harmful and potentially carcinogenic telecommunication waves aimed at jamming mobile phones. Prisoners often complain of headaches that may be related to this reckless policy. Drinking water in Evin prison is not safe for consumption. Prisoners’ daily diet is poor and ill-suited to their conditions.

The number of political prisoners that during the last few months have protested their conditions by engaging in hunger strike has increased. Some have gone so far as sewing their lips in protest. Unfortunately the judicial authorities in the Islamic Republic have no respect for the rudimentary principles of human rights, the Constitution of the Islamic Republic, or even their own rules and regulations governing prisons. The relationship between the totality of these conditions and the epidemic of cancer and other chronic diseases sweeping Iran’s prisons must be carefully studied.

The affliction of the young physicist Omid Kowkabi with cancer of the kidney and the reckless procrastinating policy of prison authorities in failing to provide him with proper care (leading to the removal of his kidney in a recent operation) is a glaring example of the condition we have outlined above.

We also bring to your attention another political prisoner, Hossein Ronaghi, who is suffering from severe kidney failure and who has started a hunger strike to protest his unbearable conditions.

The third example is Isa Saharkhiz who after a prolonged hunger strike is now diagnosed with the cancer of the adrenal glands – a condition that should have been diagnosed and treated much earlier.

The fourth case is Dr. Alireza Raja’i, who after enduring five years of imprisonment is now battling the cancer of the jaw and face. Physicians are dismayed that he was not reported for treatment in a timely fashion.

These are just a few, long suffering political prisoners who are still alive. Mohsen Dokmehchi lost his life to cancer while incarcerated. Ahmad Qabel was diagnosed with brain cancer while in prison. He died soon after he was sent to the hospital in the final stages of his affliction.

Contrary to the official promise by the state that old and sick prisoners would be freed to receive treatment, no such accommodations have been made for political prisoners.

Mr. President, although you are not in charge of the Judiciary, you remain the highest ranking elected official in Iran. As such, you are duty-bound to protect the basic rights of Iranian people and those imprisoned on political charges.

We are witness to your admirable work on the global stage for a peaceful resolution of the Iranian nuclear issues based on mutual respect. You have done much to achieve a more respectable image for Iran.  We are confident that addressing the dire condition of political prisoners in Iran and their urgent medical needs will enhance the humanitarian image of Iran around the globe.

If the urgent release of these political prisoners is not possible, please allow for a group of independent specialist physicians from within Iran or international organizations such as Doctors without Borders, International Red Crescent/Red Cross and the United Nations) to visit these prisoners and those who have been recently released but who suffer from a variety of ailments. The physicians should be allowed to examine their medical files and assist the medical experts engaged in treatment of these individuals.

The Tehran Bureau, The Guardian