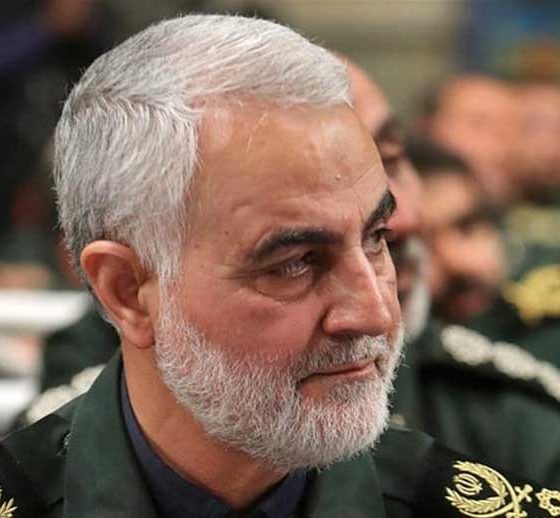 I posted a critical note under the title “Soleimani’s assassination: a dangerous mistake” in Persian on my website, Facebook, and its summary on my page in Instagram on Friday, January 3. Since then, Instagram has completely removed my page and put this short sentence in its place: ‘violation of Instagram rules’! I contacted Instagram Monday afternoon and complained that it this is against US Constitution and a violation of freedom of speech, but no response has been received yet. This is the English version of what is censored by Instagram. It was written for Iranian audiences, and I post the translation without any changes. I continue my efforts against violation of freedom of expression.

General Qassem Soleimani is worthy of appreciation because of his courage in the Iran-Iraq war and in battle with ISIS. This conservative politician as the head of Iran’s elite Quds military force was the executor of Khamenei’s adventurous policies, which have structural problems and should be criticized. His assassination by Trump administration is wrong, problematic, and risky.

First, the assassination will shake the region with the probability of Iran’s imminent retaliation;

Second, it will put more strains on democracy and human rights in Iran and will increase repression and oppression under the pretext of war. Assassination and bullying will never contribute to the establishment of human rights, democracy, and rule of law;

Third, these assassins will relieve Iran from the pressure of national and international public opinion on recent the massacres in Iran in December;

Fourth, these unprecedented human rights violations will aggravate the unrest in Iraq;

Fifth, unfortunately, the likelihood of the re-emergence of terrorist groups in Iraq and Syria cannot be ruled out;

Sixth, the anti-American tendency of Iranian and Iraqi people will be increased because of these cruel assassins.

There are some facts to consider regarding this issue:

Firstly, the national interest of the Iranian people takes precedence over anything else;

Thirdly, the adventures of the Islamic Republic in the region carried out by the Quds Force are not in Iran’s national interest for many reasons, and its continuation will do a lot of damage for the Iranian people;

Fourthly, the limited economic and military power of the Islamic Republic does not allow for ideological ambitions in practice. Realism and considering the possibilities will impose solutions like “drinking from a poisoned chalice” or “heroic leniency”.

The first step in resolving the problem in the Middle East is to pull the United States out of Iraq. The Iraqi parliament must take the first steps in this regard in order for the US to recognize Iraq’s national sovereignty. The Najaf’s religious authority can support the people’s representatives in this vital matter.

Neither the United States can change the regime in Iran, nor can the Islamic Republic fulfill its ambitious aspirations in the region. Negotiating Iran-US with full respect for national interests is the only solution. History has always been in the hands of immoral power-seekers.

With generosity, we can turn the bitter situation into a great opportunity for the Iranian people, stop the vicious cycle of violence, and serve Iran’s national interest in a structural overhaul of the affairs and areas that led to the recent assassinations.