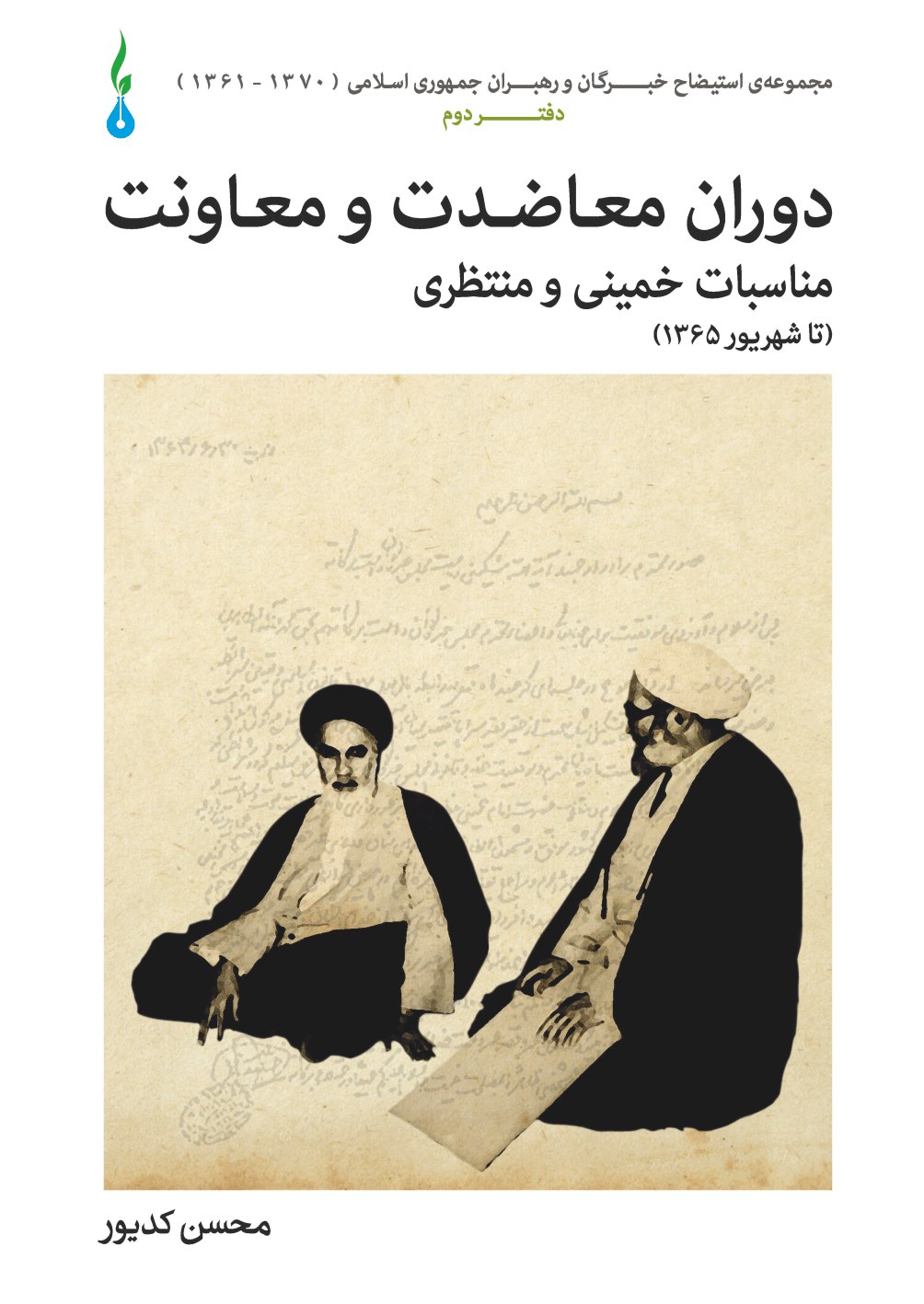 Books / The Era of Cooperation and Assistance

The Era of Cooperation and Assistance: Khomeini-Montazeri Relations (Until September 1986)

The present book is a documentary of the agreeable years starting from 1940s until September 1986 marked by constructive cooperation between ayatollah Khomeini (1900-89) and ayatollah Montazeri (1922-2009). Ayatollah Montazeri played a key role in substantiation of ayatollah Khomeini’s religious authority (marjai’yyat) and was the right-hand man of his political leadership in Iran up until the victory of the revolution in February 1979. After that, ayatollah Khomeini, the leader of Islamic Republic of Iran, officially delegated many of his religious and governmental authorities to his first ranking student Montazeri. These important references prove that Khomeini considered Montazeri the most learned jurist (fal-a’lam) and a completely qualified (jāmi’ al-sharā’t) mujtahid capable of continuing the revolution and assuming the future leadership of the Islamic Republic. At that time, ayatollah Montazeri was the most prominent jurist who backed both the revolution and the establishment, and was the strongest possible supporter the then leadership could find in the seminaries and among the clergy. Moreover, Montazeri was the sincerest advocate of ayatollah Khomeini’s major policies.

In July 1985, the Assembly of Experts (Majlis-i Khubrigan) rubber-stamped a single article resolution which made the identification of a future leader a requirement. In the end of the very same session (ijlāsiyah), as well as in the extraordinary session of November 1985, the Assembly hastily approved another single article resolution which introduced ayatollah Montazeri as the sole referent of the particular individual described in the first part of Article 107 of the Constitution whom the majority of Iranians overwhelmingly accepted as such. So, the members of Assembly of Experts approved and considered this choice valid. The expediency of ratifying the article eclipsed its legal problems. Over time, the hurried action proved to be detrimental to ayatollah Montazeri, and did not bear any advantage for him at all. Both resolutions are the brainchild of Seyyed Ali Khamenei which were directed and realized with the assistance of Akbar Hashemi Rafsanjani.

Supporting the second session, Khamenei expressed his ideas in the Assembly of Experts: “This is not just a statement or a declaration, it is a “historical document”. In eyes of the people, Ayatollah Montazeri ranks second [after ayatollah Khomeini] in the Imamate system. The nature of slogans, their level of circulation and their conformity all over the country resembles exactly how it was about Imam Khomeini before the revolution. If we are to prepare rationally, now is the time. I consider this one of the most important measures being taken in history of our revolution.”

If this statement is true, how can the subsequent decisions of the establishment be justified? Did all the criticisms and problems towards ayatollah Montazeri – given be fair and just – rose after the ratification of the resolution? Or did they concern his character in general? If the stance the establishment took towards Montazeri afterwards was right, then the words and deeds in question up to 1985 are nothing but inaccurate and incorrect. Indeed, have Mr. Khamenei and his aides ever admitted their wrong rhetoric and decisions and apologized to the nation?

Compared to ayatollah Khomeini, ayatollah Montazeri had a relatively liberal mindset regarding domestic politics, public rights, and civil liberties; whereas, his position concerning foreign policies and liberation movements (nihdathāyi āzādibakhsh) was more radical. A review of Montazeri’s record and performance in the first nine months of his vice-leadership shows that he has been actively involved in the country’s macro-level administration. He has tried to share his criticisms openly with the Supreme Leader, the three heads of government and the prime minister in closed meetings, and has attempted to correct administrative mistakes sympathetically and kindly. While supporting the basis of the establishment and ayatollah Khomeini’s leadership, ayatollah Montazeri has always taken the stand, openly and officially, to advocate the rights of people, legitimate freedoms, open-mindedness and tolerance, public diversity and pluralism.

Chapter I. The second prominent character of the movement from beginning to victory (1913-79)

Section 2. Political endeavors and the whispers of religious authority (marjai’yyat)

Section 3. The most prominent revolutionary within the country

Section 1. Consolidation of the Islamic Republic of Iran

Section 4. Participation in the country’s administration

Chapter III. Critical analysis of the ratification of the single article concerning future leadership of Ayatollah Montazeri by the Assembly of Experts

Section 3. Public announcement of the future leadership of Ayatollah Montazeri

Section 4. The most important measures of Ayatollah Montazeri over the first four months

Chapter IV. The prime of vice-leadership: An evaluation of ayatollah Montazeri’s performance